From Ushuaia to Chile

“My mom always said life was like a box of chocolates. You never know what you’re gonna get.” – Forrest Gump
Me thinking about this quotation before I went to Chile. 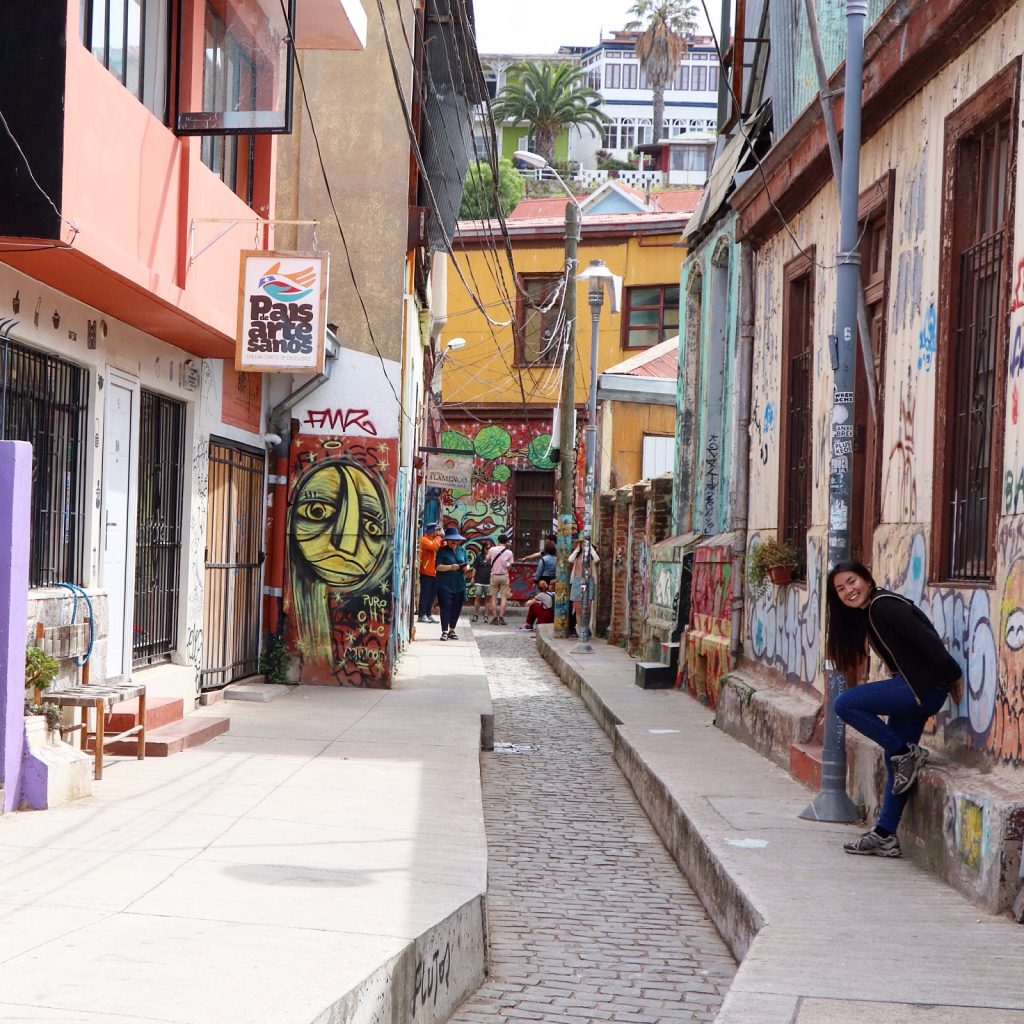 First of all, I love blogging but I would never set myself under pressure to write anything I wouldn’t like. Especially when I am on my travels, I like to live and enjoy the moments instead of thinking and living for social medias. You can believe me that since new year I had the time of my life in Latin America – everything was just going perfect.

But wait! Step by step. Never like before I felt so at ease to write my blog posts. At the beginning I was quite worried and always blogged after I traveled to a place. I felt putting myself under pressure and starting not to feel freely in what I am doing, even though it should make fun! My mum always told me if I later would have a job which I love doing it, I never have to work a single day again.

Anyway, after spending my first time in Antarctica and celebrating New Year in Ushuaia – I was more than willing to travel again.
My next stop  would be Chile.

To make it short, I am quite an open person and usually if I am in the mood for making new friends, nothing can hold me back to make new friendships. Back in Uruguay on the Free Walking Tour, Carlos was my victim, since then we have been great friends. We stayed in touch per Whatsapp + he quitted his job in October 2017 = His leisure time was more than just available.
Therefore, I told Carlos I would love to visit him and travel with him in his lovely country. Just as humble and friendly as he is, he agreed.

One thing you should know about me. Once I set up my mind, I am going to do it and there is almost nothing which can hold me back (sorry, mum!). 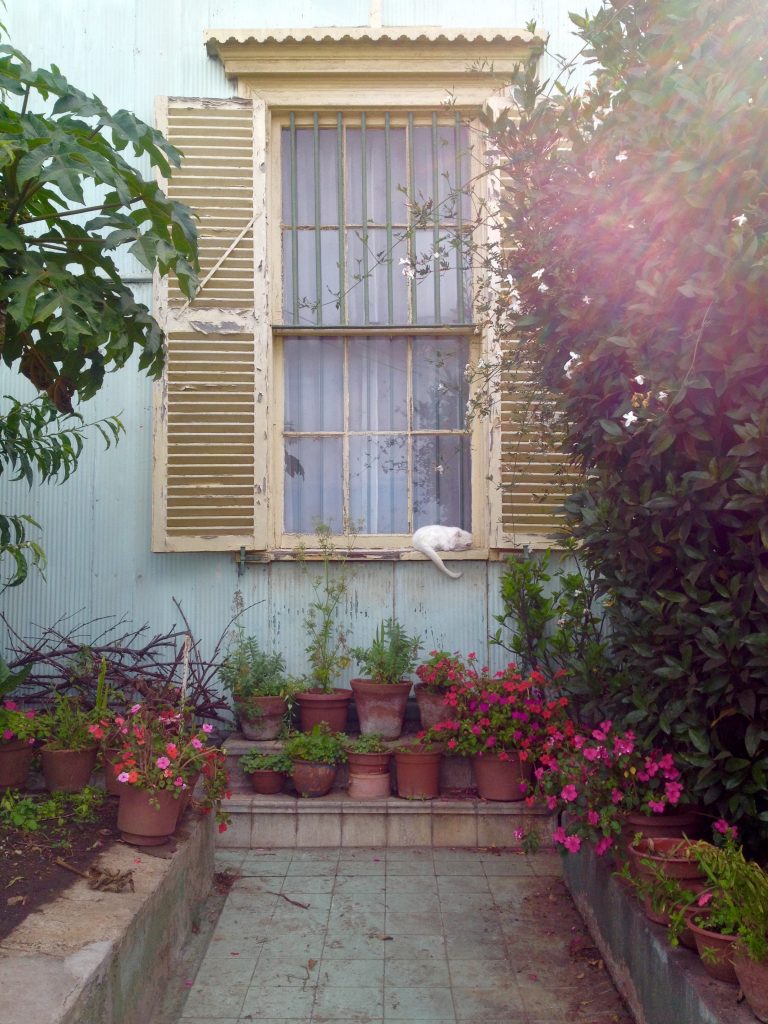 I came to Santiago de Chile and on the same day we booked our bus tickets to Valparaiso and our flights to San Pedro de Atacama.
Didn’t I say that I am more famous for my actions than my speeches?

Guys, you don’t know how much I had to hitchhike from Ushuaia to Punta Arenas or vice versa. The last time I did was on my hitchhiking trip with Mauri. This time somebody took me to Punta Arenas, which usually takes 12 hours. Because you have to do the immigration stuff and go on a ferry etc.

Punta Arenas is a great escape after my long stay in Ushuaia. It is sunnier and calmer. The perfect start for my travel in Chile. I didn’t take a lot of pictures to  be honest, but I highly recommend cities like Punta Arenas and Puerto Montt. Beautiful and conveniently sized port cities.
Unfortunately, Punta Arenas has one of the highest skin cancer rates in the world. May I give you an advice: don’t forget sun cream?

I picked history as one of my highschool final exams. I do love history.  Therefore, I will do a short summary about Chilean history. If you don’t like it, just skip this part. My heart won’t break, don’t worry.

First the Incas conquered north of Chile. The southern part was inhabited by the Araucanian tribes. The Spanish conquistador Pedro de Valdivia founded  Santiago de Chile in 1540. Which is today the capital of Chile. Later the Native Americans successfully defending some cities and killed Valdivia.

The Araucanians continued to resist the Spanish rule until the 19th century.
But later Spain was seized by Napoleon and in 1810 Chile was founded.
In the following Bernardo O’Higgins became Chile’s first leader.
And thanks to Jose de San Martin, Chile became formally independent on 12th February 1818. Just as many other Latin American countries, Chile also suffered from the changes of government, military and civil wars.

In 1879 the military seized a port of Bolivia called Antofagasta and claimed it would be theirs. They always had a border dispute. It escalated when Bolivia raised the tax on Chilean nitrate companies, which were operating in Bolivia. Peru joined later the war on Bolivia’s side. The war ended later in 1883 and 1884 and Chile gained territory at the expenses of the losing parties.

In 1970 the Socialist Salvador Allende was elected as the president of Chile. Unfortunately Chile became a political and economic disaster because of his rules. For example Allende nationalized industries, while inflation rose rapidly and food shortages became common.  In 1973 the army staged a coup led by Augusto Pinochet, who became the dictator of Chile.

Pinochet’s military dictatorship was brutal and repressive. Many people were executed or arrested during his dictatorship. But, the inflation was curbed and the education was improved – giving Chile one of the highest literacy rates in Latin America. But Chile struggled again in the 1980s with a recession and did not recover until the end of the decade.

In 1989 the  Chileans voted against continuing the military rule and voted for a new president. Today Chile has a stable democracy and the economy of Chile is growing steadily. I guess a bright future for Chile :).

This might be the worst guideline for Santiago de Chile you will ever read. I am so sorry for that. Literally, I stayed briefly in Santiago de Chile. And Carlito (nickname I made for Carlos) is living in Talagante, which is like 1 hour far away from the capital. But there are two places I love to visit in Santiago de Chile, which I am introducing you now!

The first one is the Bahá’í House of Worship . You have to take several busses from the city center to get there and walk up the hill. Additionally it is not a pleasure in the peak of the summer. Oh, believe me!

The second advice and probably my second favourite place is Santa Lucía Hill. A small hill in the city centre of Santiago. A perfect getaway from crazy Santiago de Chile and a great view over Santiago. So go for it!

I am apologizing for the bad disclosure but the best and most important thing for me was to spend time with Carlos. And he is likely the best city and history guide for Santiago. I miss you, Carlito! – If you read this…

7 Reasons Why You Should Visit Valparaíso

Valparaíso is a port city on Chile’s coast and one of my favourite cities in Latin America (even though cities aren’t my cup of tea you know…).

Let the pictures convince you to travel to Valparaiso or not.

I always had the feeling that Chile is one of the most beautiful countries when it comes to nature. But on the other side I felt that Chileans are feeling less confident or having less self-esteem compared to their neighbour Argentina. I talked about it with Carlos, maybe I am wrong? But I can imagine due to their history and surrounded by countries who aren’t in awe of Chile caused those kind of low self-esteem.
Please comment if you think I am totally wrong or if you want to discuss about it.