Mom: “ After 22 years it is sometimes so difficult to understand you! I mean why don’t  you start with the lowest to highest altitude. Isn’t it better for acclimatization?”

Me: “ I don’t know. I just feel I want to do it this way. I love to start with the most difficult one and to challenge myself. Quilotoa is going to be easy once I have done Chimbo and Cotopaxi.”

Once I arrived at Refugio Jose Rivas (4864m/ 15953ft), Nato proudly told everyone how I just completed Chimborazo yesterday and now I am ready to conquer Cotopaxi. 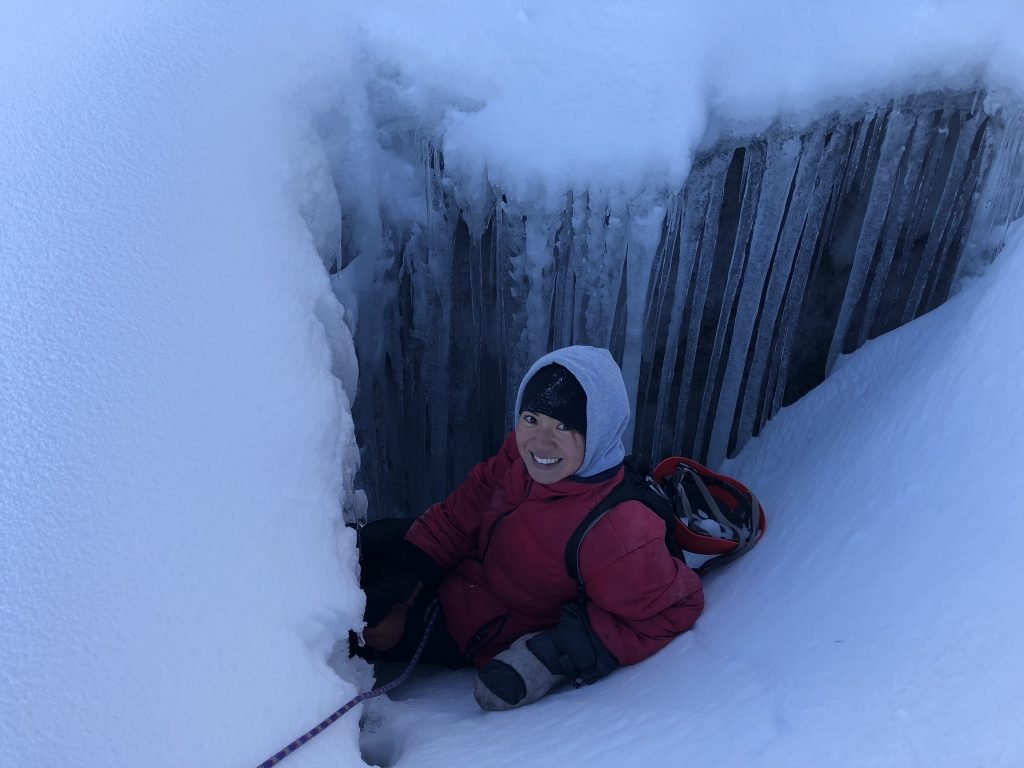 I blushed just because I was afraid I might not be very fit like all the other 40 people who would trek on the same night to Cotopaxi with me. Cotopaxi is more touristy but at the same time, the view is also more beautiful than at Chimborazo. Everyone was impressed that I didn’t take even a one day break before starting the second highest volcano in Ecuador the next day.

To be honest, I felt nothing except amazing. I just have so much energy that I would have done the trek immediately instead of waiting until midnight to trek.

And I am usually a night owl, therefore I just couldn’t sleep. Therefore, I realized again that I have to trek with sleep deprivation. Even worst, I got bit for the first time ever in my life by bed bugs. My back and arms were full of bed bug bites when I woke up at 11pm to get ready. Nevertheless it didn’t stop me from accepting the challenge of conquering Cotopaxi.

Like Chimborazo, all of us went around 6pm to sleep to wake up at 11pm and I started climbing at 12am. Some people surpassed me immediately. But 2 hours later, when we all put on our crampons and hiked in snow I was fit as a fiddle and somehow I overtook every single person on the trek.

Arriving At The Summit Too Early

Poor Nato (my guide and friend)! I had the feeling he wanted to slow down but I didn’t give him the chance to do it and to take a break. The last few metres before the summit, I was hungry and couldn’t calm my hunger pangs. Due to this, I had problems to trek further and took a long break before I would finally get to the summit.

It was just plain foolish not to pack enough food and snack for the trek. Somehow I thought I could do it with only one chocolate bar. But life always teaches you.

At 5 am, we arrived as the first group at the summit of Cotopaxi. Nato was so proud of me because we/ I did it in 5 hours and the estimated time was actually 6 hours. Cotopaxi was more than okay for me, maybe even not that difficult.

This time I used my own trekking shoes and luckily didn’t have to deal with tight shoes like at Chimborazo. The trek is really not that difficult and I reckon everyone who is in good physical shape can do it. One hour later the second group arrived, I was clearly way too early. And sunrise starts around 6 am.

When I arrived at the peak I was staring at the stars and the bright moon asking myself where I get my energy from… And I am really able to achieve many things in life… Reams of philosophical questions shot through my head that morning.

It was not the same divine feeling from Chimborazo but just some questions running through my head.

I have hiked quite a few volcanoes since I was 18 years old, but this one is magnificently beautiful.

The landscape above the sky, seeing other volcanoes around Cotopaxi (also you can have a glimpse of Chimborazo from far away) was just divinely beautiful. I think the pictures in this post can’t really justify the beauty of the day I trekked Cotopaxi. It was like in an unreal fantasy movie.

If you are not very keen on mountaineering challenges and just want to do one volcano in Ecuador, I would put all my cards on Cotopaxi. I am almost sure you will be blown away by this natural wonder.

Cotopaxi is one of the highest active volcanoes on Earth. Although active, it is still the most frequently climbed mountain in the country. And even one of the most visited summits in all of South America. It’s no wonder why. If you love mountains and volcanoes, you should put Cotopaxi on your list.

Also sliding down from Cotopaxi is one of the reasons why I would climb that volcano again. I will never forget these days of my life.