15-year-old-me: One day I want to travel Japan and Australia and Antarctica.
2014: I went to Japan!
2016: Finally I traveled to Australia and I had a terrific time in
Down Under. My God, how much do I love Australia!

I didn’t find any host on Couchsurfing for Melbourne.
Plan B: I called a friend of my mother and she advised me to go to her relatives in Melbourne.
They picked me up at the airport and the family was so sweet and took good care of me. I don’t know if it’s common among Vietnamese people to live in Melbourne and have no idea about the city’s sight?
The only issue I dislike in most multicultural cities is that most immigrants live in their districts and aren’t so keen on mingling with other nationalities. But I am talking more about the first wave generation.
Anyway, the children talked so fast in English that I understood only three-quarters of the words uttered. Every time I listened to them I had a facial expression of being mentally retarded – I wouldn’t be surprised if they think I am.
I wrote in another blog post about my work at the Turtle Conservation Center in Bali and at the beginning when I had to lead a tour for Australians I was nearly about to cry. Man, what a muttering!
Believe me, it is so embarrassing after three times of “Can you repeat again what you have said?” and you still had no clue what they asked.
The mum of the Vietnamese family tried to show me around on the first day and we got hopelessly lost. To be honest, even Dory and Marlin could find Nemo in the vast ocean and we couldn’t even find the right train station. Congratulations, maybe we could have won the Darwin Award because the station was just in front of us. Also guess what, we took the wrong train direction. I explored the city on my own the next days.
I’m not sure how it is in different months, but one day in Melbourne (in December) means to go through four seasons.
I had to wear three or four t-shirts in the evening, Yay!

Queen Victoria Market: All sorts of little treasures can be found there 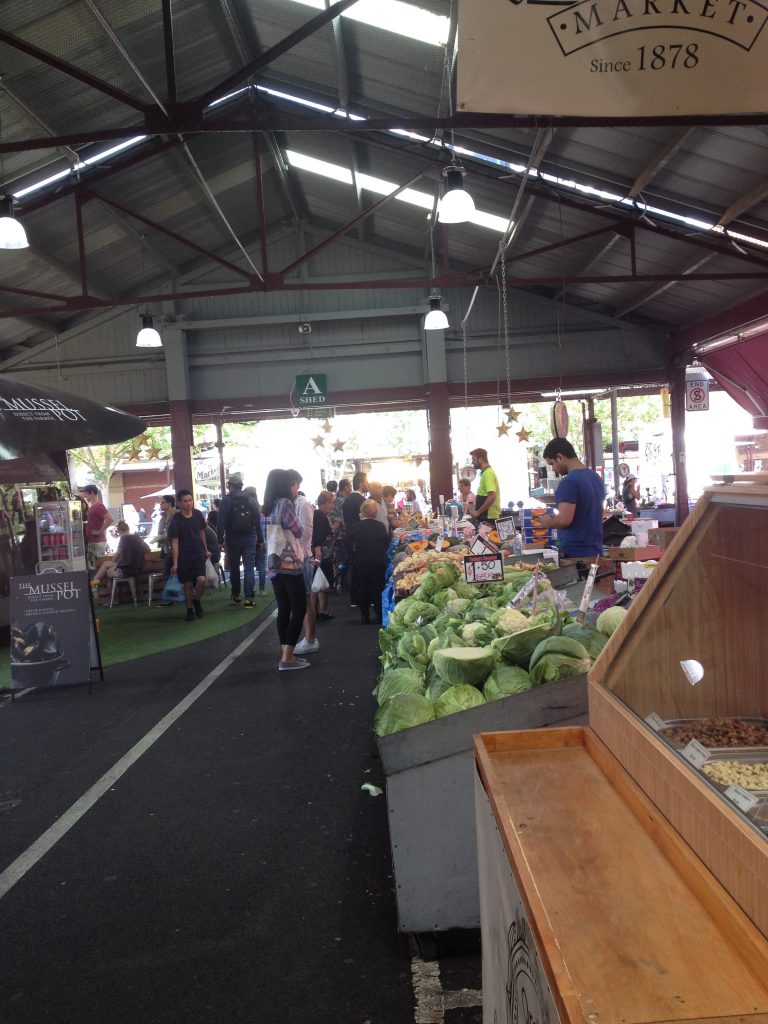 Flinders Street Station is a cultural icon and one of the city’s most recognisable landmarks. Every Melbournean knows the meeting point expressions of “I’ll meet you under the clocks” or
“I’ll meet you on the steps”, everything related to this station.

Okay, I am not always a fan of big cities and skyscrapers, but Melbourne you got me and how you got me! 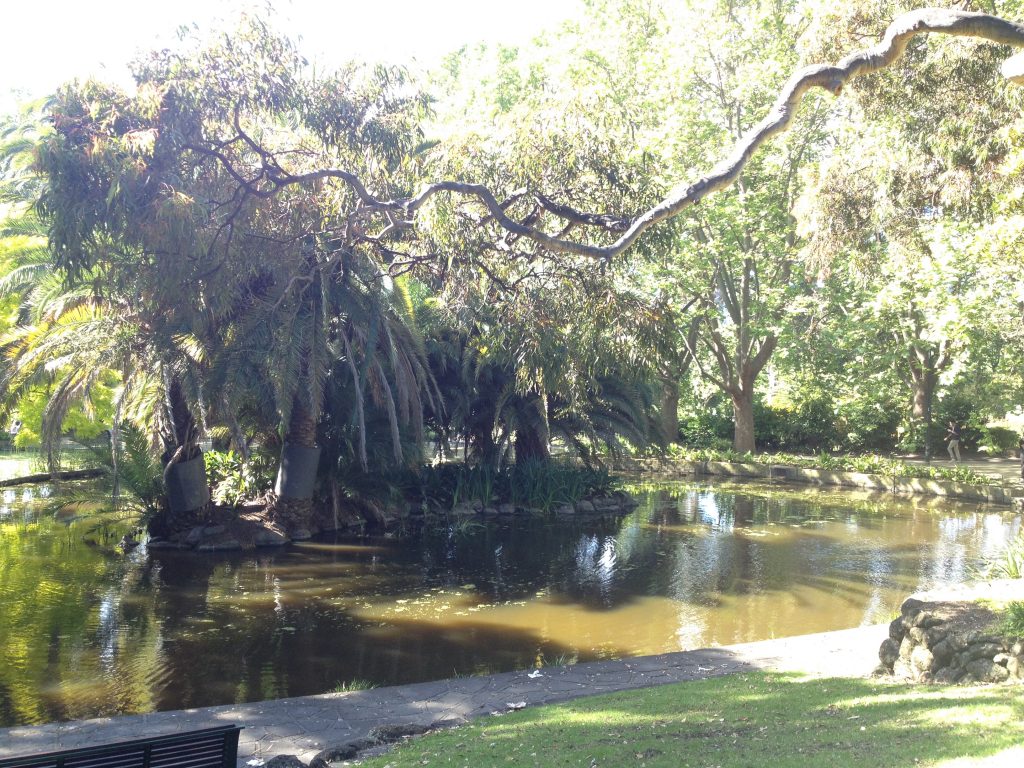 The general safety in Australia is out of the question and the hitchability is super high. BUT one of my Aussie friends told me that everything and anything can kill you. Even the sun. Two words: Ozone hole.
Australia is no doubt infamous for its dangerous animals, it isn’t surprising that people look into their shoes before they put them on.
Before you plan to walk or swim, there are dangerous animals you should consider about. After all, Australia lost their beloved icon  “The Crocodile Hunter” Steve Irwin to a stringray .

Sorry to say that, but I love Sydney more than Melbourne.  Sydney can be my boyfriend and Melbourne my bestfriend :).
It doesn’t mean I didn’t like Melbourne, au contraire I love Melbourne more than my hometown Frankfurt in Germany.
I spent nearly 2 weeks in Sydney and I could have seriously settled down in this megacity.
Remember my friend Isuru from Sri Lanka?
He moved to his wife in Sydney and Isu was one of the biggest reasons why I came to Sydney. The best thing while traveling is to make friends and before you know it both lives are intertwined.
That’s so cheesy but I am feeling due to my friends all over the world like one of the richest people on this planet.

My goodness, Sydney literally boasts with everything. From nature to people. Aussie people are super friendly to me compared to western countries in Europe. Frequently I got into conversations when I waited for the train or buying food in the supermarket. I was so happy everytime and a very big grin occurred.
Yet again, I felt vindicated that people living on islands
(okaaay, Australia is a huge island but whatever) with sun and beaches are often more easy-going and friendlier?

Another Free Walking Tour in a different corner of the world.

Sydney Opera House has been internationally renowned as an architectural icon of the 20th century. It was opened by Queen Elizabeth II in 1973 and its first performance was the Australian Opera’s production of War and Peace. Sydney Harbour Bridge is undoubtedly one of Australia’s most photographed landmarks and the world’s largest steel arch bridge, whereas 79% of the steel was actually imported from Great Britain. You can’t take any horses onto the bridge today, but when it was first opened cars cost 6 pence to cross and a horse and rider 3 pence.

One gallery I recommend: Art Gallery Of New South Wales 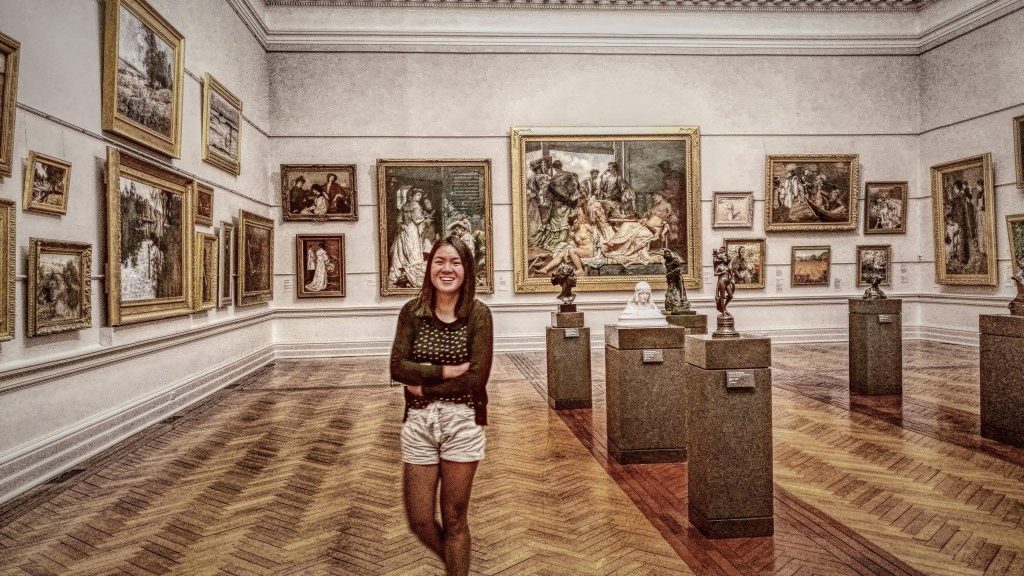 One of the best shopping places in Sydney, but only if you want to drop serious cash: Queen Victoria Building

The Royal Botanic Gardens is so pretty, large and accessible to everyone.

Traveling in Sydney with the Opal card is the most convenient way,
Opal is valid on transport for NSW’s buses, rail, light rail and ferry services that operate in Sydney and the neighbourhood.
There is a great get-away spot from busy Sydney:
Chinese Garden of Friendship in Chinatown.
You can spend there easily a couple of hours. Believe me after a long day of work in busy Sydney, that is all what you want. 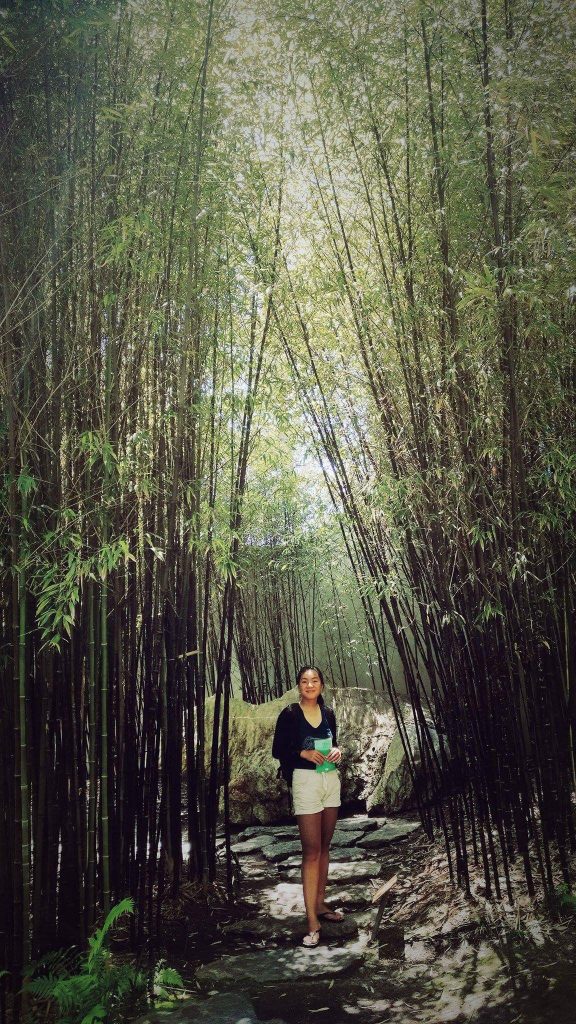 Other places I enjoyed: Circular Quay, Manly Beach And Scenic Walk,
The Rocks, Chinatown, Bondi Beach and many more.

I would always prefer the Blue Mountains and the Coogee to Bondi Beach Coastal Walk over the Syney Opera House and the Bridge.
Tip: There is one bushwalk close by the Sublime Point Lookout to the Three Sisters in Katoomba called “Grand Clifftop Walk”.
I did it by myself on a Monday with no one to share and I got to see overwhelming views. Even the animals on the walk were a highlight.
How about some pictures for convincing?
Taking the train to the Blue Mountains took me two hours, so plan the whole day for the Blue Mountains.
I got off at the train station Leura and there are
Bygone Beautys Treasured Teapot Museum & Tearooms and
The Candy Store which can be visited before you go hiking. 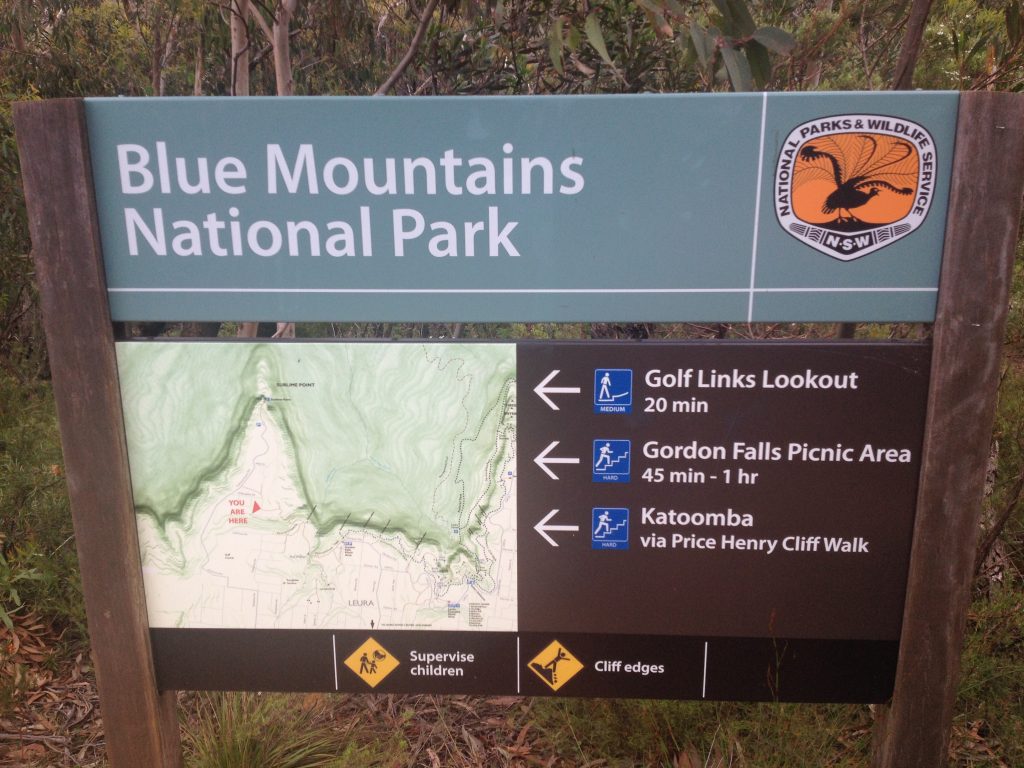 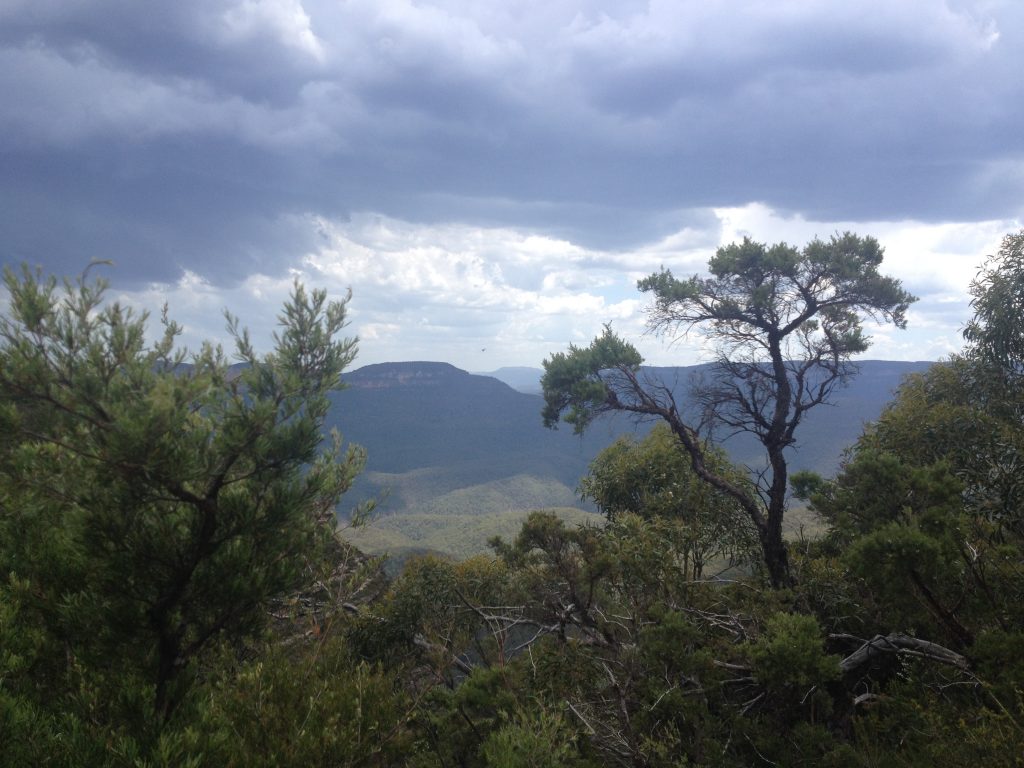 If I could choose the area where to live in Sydney surely it would be Bondi Beach. I love water, I can’t say it enough. Seriously. And I also wanna see two or three sunsets per day. Remik and I sat on the beach and moved after the sunset 100 metres to the left and we saw another one.
Okay, if I won’t live in the future in Bali, Taiwan or Hawaii, you can find me in Sydney, deal?

Coogee to Bondi Beach Coastal Walk is SO PRETTY.
I wish I could upload all the pictures, but I want you to travel there one day and enjoy it all by yourself.

I met many Germans and French peeps in Australia.
Unsurprisingly, work and travel in Australia is one of the best things you can do after high school. The salary in Australia is VERY HIGH. If you can, look for a job and work for a while before continuing traveling.

PS: Thank you Peter for everything and you have inspired me to travel to Antartica.

I have a very good Australian friend, whose name is Owen.
Of course I had to visit him in Canberra. What else?
We spent most of the days together, therefore I had an impression of his daily work and life. But we did the typical tourist stuff, too.
I don’t know why Canberra is nowadays the capital but many people say that is because of the rivalry of Sydney and Melbourne. But actually it is not true.
Anyway, I have to admit that the Australian War Memorial and its museum was one of the best attractions I have seen in Australia.
It is a memorial to the members of its armed forces and built in remembrance of people who have died or participated in wars involving the Commonwealth of Australia. Nowadays it is regarded as one of the most significant memorials of its type in the world. 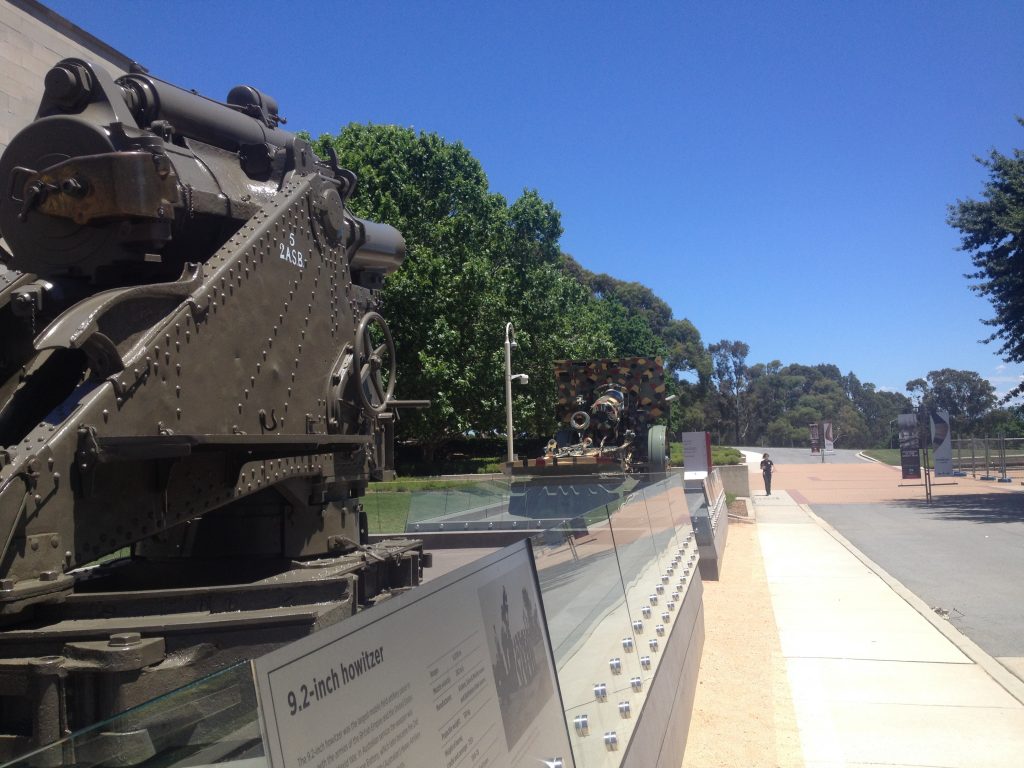 I wanted to see some kangaroos and koalas in the wild, but we were not so lucky. So we decided to go to the National Zoo and Aquarium.

Unluckily, I visited Nimbin for only one day.
Nimbin is described in the mainstream media as ‘the drug capital of Australia’ and is prominent for its environmental initiatives like permaculture and sustainability.

Next stop: Cairns
I did a presentation in middle school about the Great Barrier Reef, which is the largest reef on Earth and even visible from outer space.
Never ever I’d expected to be there 5 years later.
Hell yeah! Dreams do become true.
I booked a day trip to Green Island and I thought at one point, I am the frigging luckiest person on this planet. Gliding along through the ocean with a sea turtle next to you is one of the best things in the world! The chances are high that you will encounter reef sharks.
In general you often hear in the media somebody is killed in an accident with sharks. But to be honest, there are more people dying every year from falling coconuts than from shark attacks, so get your thong, togs and go to the beach mate.
For me the Great Barrier Reef is one of the wonders in the world.
Climate change is real. Be aware of your impacts on this planet.
There are small things everyone can do in daily life to reduce the impact on climate change.
Turn off the lights, the television or whatever if you leave the house.
Change the light bulbs to LEDs. Unplug computers or other electronics when not in use. Who needs a dryer? – They are such energy hogs.
Buy organic and if not at least locally grown foods and support the community around you. There are more things we could do.
I don’t want to be hypocritical because I flew in 2016 a lot.
But if I could avoid, I took buses, trains and ferries instead.
Even if I would be the last person on Earth who believes in a change, I wouldn’t give up trying to inspire people around me.
You can stay at home and wait for your bloody fortune to come or you can stand up and try your best to change something in your environment.
It is your life. And your life means your decisions.

I made a road trip in Canberra with my friend Terance. It is better to rent a car in Canberra, literally everything was so far away and not within walking distance at all. Or I don’t know, do whatever you want to do. 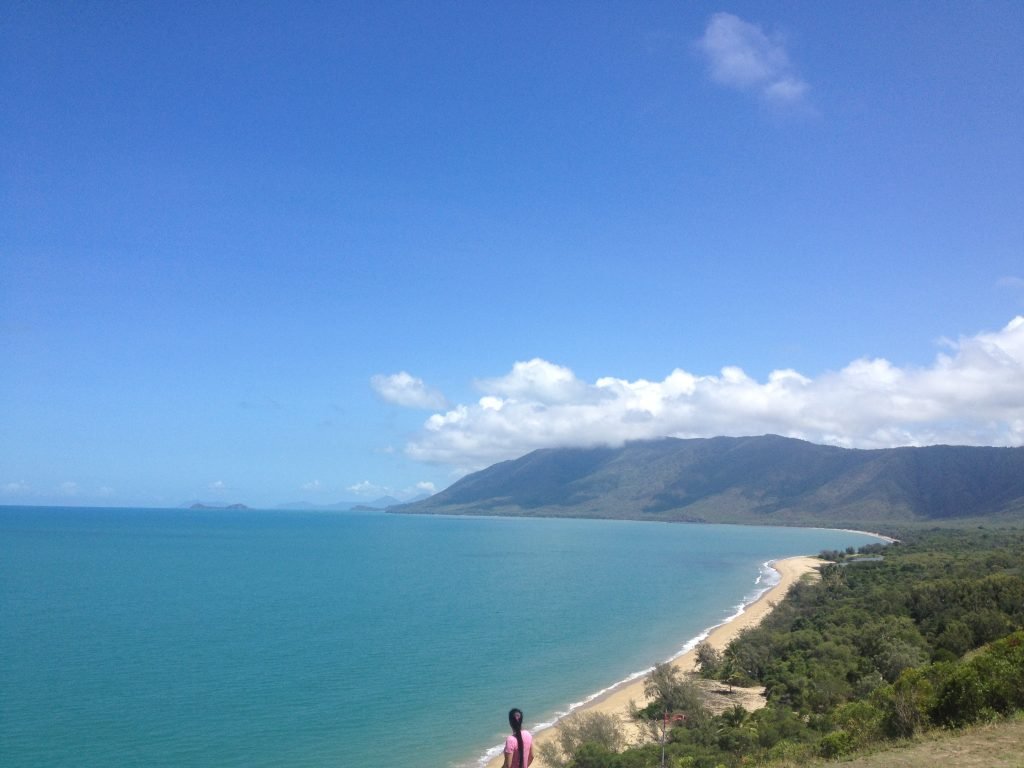 When I left Australia, I was incredibly sad.
There are so many wonderful places I haven’t been yet.
Therefore, see you one day again Australia!