I haven’t written for a while, but now I finally settled down for a very short period of time to write a new article about Ethiopia. 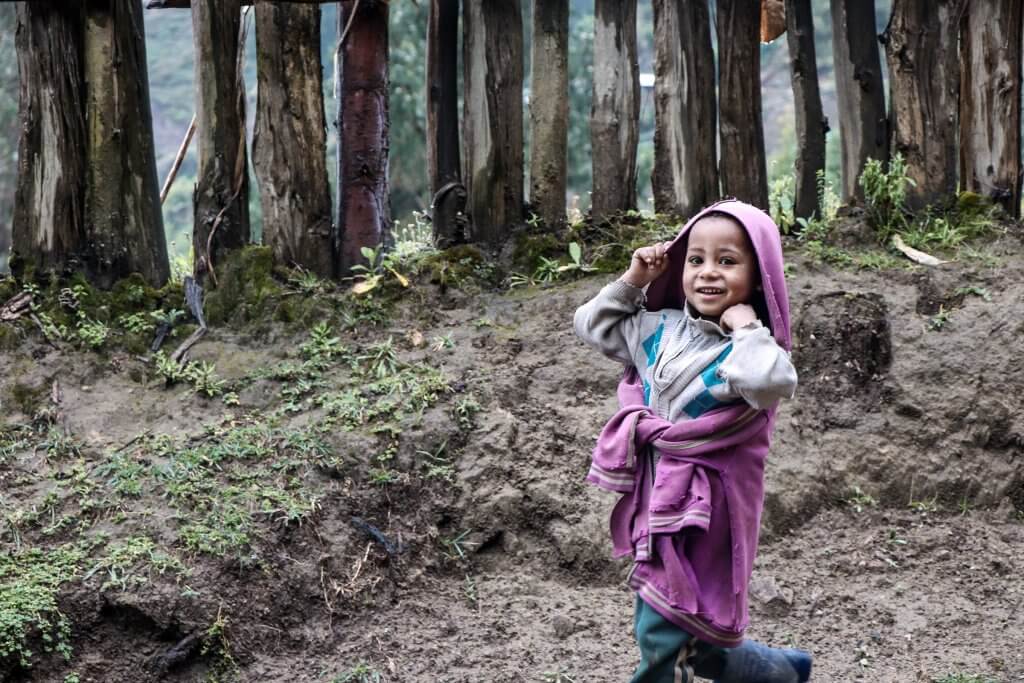 After more than 4 years of travel experiences, there are always things that can make me tired or very surprised. Ethiopia is one of those countries that surprised me more than I would ever expect.

A mix of negative and positive feelings. There is so much information I wanted to share with you. For some time, I have been very interested in traveling to a sub-Saharan country.

Another reason was that I met Thomas – a friend of mine in the Phillippines 3 years ago while trekking in Batad. However, he is working in Ethiopia for 3 years and I thought it would be a great idea to visit him. Therefore, I booked a flight to Ethiopia and arrived at the beginning of June.

Did you know that Ethiopia is the most populated landlocked country in the world, holds the cradle of life for humanity, is the origin of coffee and the second oldest Christian country on this planet? It is alright if you didn’t know, me neither before I did some research about it. Moreover, Ethiopia can boast that they have never been colonized and of that, they are very proud. Habeshas are not only delighted about this fact, but additionally, the headquarters of the African Union is also in Ethiopia.

Actually, it was a model country for Africa before its military regime, but unfortunately it fell back to one of the poorest countries after the communist fall. Bureaucracy is still heavily used to an extent as I had seldom experienced in other countries. So much so that I reckon they can’t think outside the box and mostly don’t question the meanings of the tasks they do. In the following, I would love to share my good and bad experiences with you.

Getting Around Addis Abeba

There is not much to do in Addis Abeba. I wouldn’t have stayed very long if my friends hadn’t live in Addis. The capital has great international restaurants, Thomas and I went out every night to try different international cuisine which was the most fun and greatest part of Addis.

At night, you can go to Fendika Cultural Center and dance traditional and modern dances for leisure. During the day you have the chance to visit the National Museum, the Ethnological Museum or take a visit to the nearby Entoto Mountains to visit the Palace of Emperor Menelik II. When he came from Ankober, he founded the capital Addis Ababa. Many tourists go to Addis just in order to leave with a domestic flight to other destinations.

In Addis, the most efficient way to get around is by taxi. But because many taxi drivers cheat you with the prices, download the taxi app Ryde (the Ethiopian version of Uber). Strolling in the city is (very) difficult. I once walked around the city for 10 km and felt very uncomfortable because many uneducated people had always shouted at me “China, China” or “Ferengi, Ferengi”. In the long run, it is not only annoying but harrassment, too. By the way “Ferengi” means foreigner in Amharic.

It isn’t rare that people will approach you and ask you for money. Be prepared for it!

Sitting in the car with Thomas with all windows closed and waiting at the traffic lights – we always got approached by at least one beggar. They knock on the window and run after our car asking Mister Thomas for “Money, money, money”.

For your information, driving with your own car in Addis is a nightmare. For a few kilometers, you could be stuck in traffic easily for an hour with donkeys on the streets.

Once, somebody told me that starting to travel in Africa with Ethiopia is like choosing India as your first Asian country. I don’t want to deny that I was sometimes frustrated and even a little bit scared to travel as a solo female backpacker. The fact that I got stared at in a bus from at least 50 other men for more than 12 hours and with no other women on that bus was somehow terrifying. The only thing you can do then is to pretend you’re super confident and nothing can bring you down.

You can choose to make as many experiences as possible while traveling, but there are always things that your rational common sense will alert you about.

I think traveling Ethiopia is seriously not for the faint-hearted. It was shocking for me to see the poorest country I have ever traveled to. Just to give you an idea, in the Human Development Index, it is ranked 174th out of 188 countries (just for comparison- Germany is number 5 on the list).

Harassment was just one part of this journey. I don’t know if I just came in a very difficult time or if it is very normal what happened to me.

After a few days, I accepted the fact and got used to life without electricity half of the time. The government basically shuts down the electricity for half of the day or more in many districts of the cities in order to save electricity. But I don’t believe it. I also didn’t have internet for a few days.

Sometimes off, sometimes on. They even completely shut down the internet in the whole country for 3 days allegedly because of ‘national exams’. And the worst was: One time we ran out of water and I didn’t have access to water for 2 days, which is the most basic human need.

If  you are always satisfied with all these basic conditions, then of course you take it for granted. But I can tell you sincerely that I don’t take many things in life for granted. Maybe like a cliché, I am overjoyed every night to have a bed and a roof over my head. I have already gone through a lot of sh*t. And I believe my secret to why I aspire to all my dreams and why I am such a happy person is that – I basically have no materialistic possessions right now for which I am afraid to lose it.

I know what it’s like to have nothing. I’ve been metaphorically standing at the abyss before. That’s why I value a lot of very small things in life that others may feel quite normal about: Like a beautiful sunset.

One more thing: I don’t recommend hitchhiking in Ethiopia, because you’d endanger yourself. I tried it once and I can promise you it was not a fond experience I want to repeat.

Actually, afterwards I am more humble than ever living a very modest and minimalist life. And I am still grateful for all this crazy and sometimes not so great experiences of life. That’s what I chose for myself.

It doesn’t matter where you go, kindness is everywhere. I don’t give up just because some people -who don’t represent the whole country – are rude and mean to me. On the bus to Gondar, I met a group who took care of me and invited me for lunch without any need to do so, but just because they want to.  And in Addis, most of them invited me to visit their families. 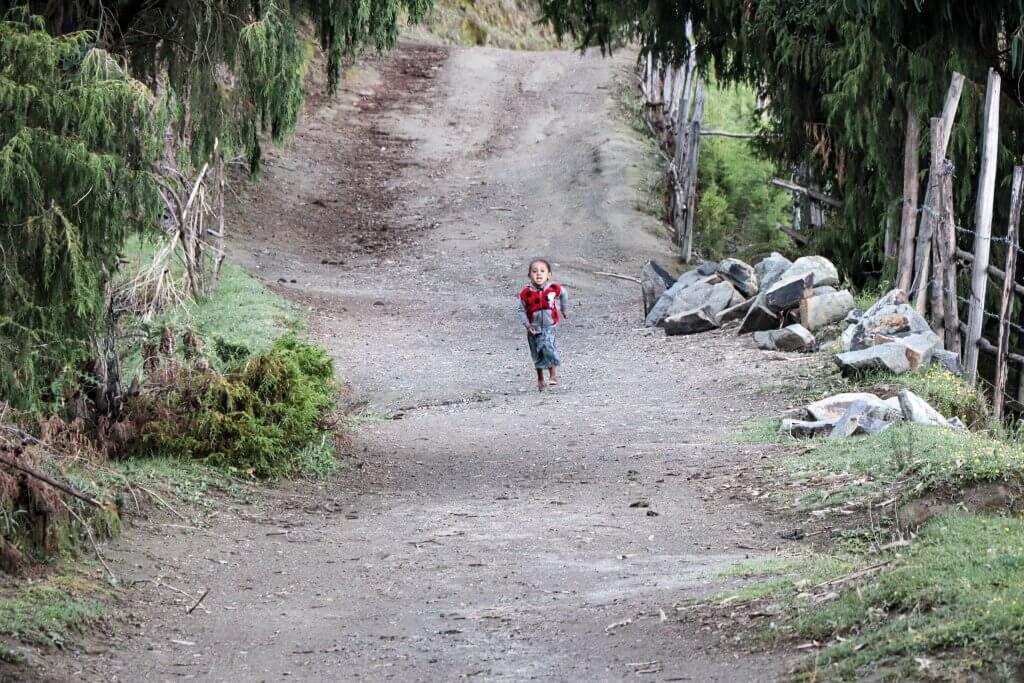 This and other encounters I had were incredibly sincere. I felt loved by those people and it only confirms for me that there will always be good people everywhere I travel. Especially if you give people the chance to prove their friendliness to you.

I decided after Addis Abeba to go with Zemen Bus to the northern part of Ethiopia.

To a city called Gondar. I think 2 days is enough to see everything in the city. Maybe even one day, and then you can plan a trek to the Simien Mountains nearby. Gondar used to serve as a strong Christian kingdom for many years and was the former capital of the Ethiopian Empire. The city has the remains of several royal castles, including those in Fasil Ghebbi (the Royal Enclosure). Therefore Gondar is also proud to carry the name “Camelot of Africa”.

If you have only one choice where to go in Ethiopia, you can’t miss Lalibela in my opinion.

Lalibela is, like Gondar, a town in the Amhara Region. Most famous for its rock-hewn monolithic churches.  I reckon Lalibela and Axum are Ethiopia’s holiest cities. Also, Lalibela is a center of pilgrimage with a huge population of Ethiopian Orthodox Christians. The rock-hewn churches are dated from the seventh to thirteenth centuries. The interesting part is that the layout and names of the churches in Lalibela are widely accepted by the clergy to be a symbolic representation of Jerusalem.

The entrance ticket to all 12 churches – with the most outstanding Church of Saint George – divided into two clusters costs 50 US-Dollars and is valid for 5 days. Many backpackers complain it is expensive because you usually wouldn’t stay for more than 2 days. But once you are there, you just can’t leave them out.

Harar was my last city on my Ethiopian journey. The walled city lies in eastern Ethiopia.

The city has Arabic influences. For centuries, this city has been a major commercial center. It was linked by the trade routes with the rest of Ethiopia, the entire Horn of Africa and the Arabian Peninsula. Harar is an UNESCO World Heritage Site and is considered as ‘the fourth holy city’ of Islam with its 82 mosques inside the walls.

The time in Ethiopia was very formative and I could take a lot of things. And learn many different life lessons from this journey. Even though this country drove me crazy, I felt so much love for many people I’ve met and all the friendships I made along the way. And I was thankful for the great reunion with my friend Thomas. Especially with some of those people, I now know I have a home in Ethiopia. 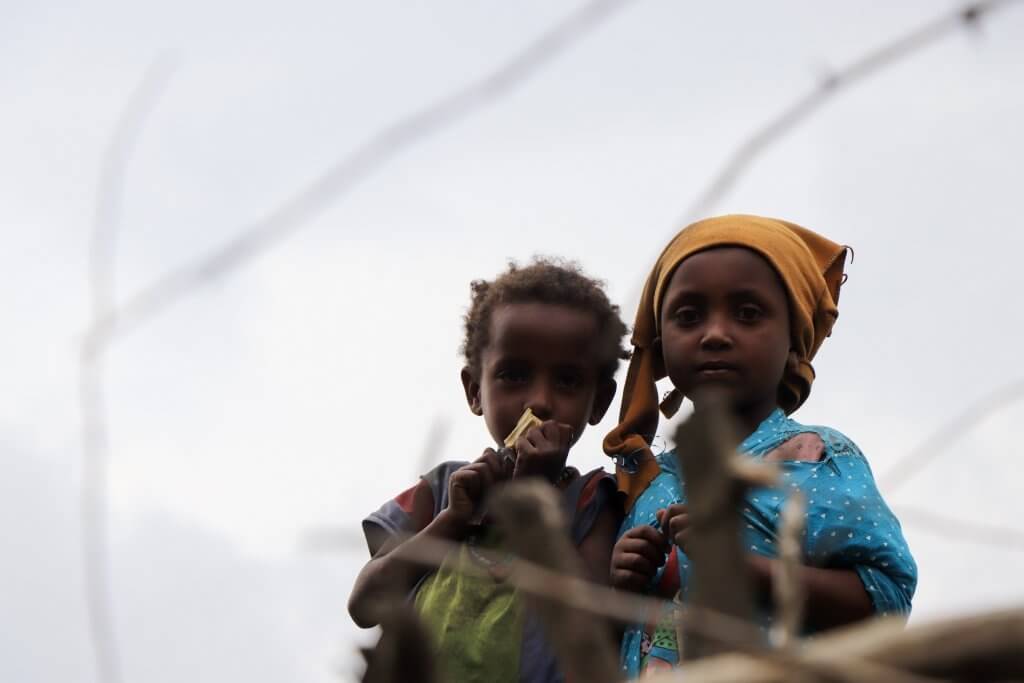 I do care very much for this country and it has been since 4/5 years one of the most difficult countries I have backpacked in. It’s just rad. If you have more questions about this country, don’t be shy and send me a message. I’d love to share more of my experiences in Ethiopia. Somehow I really have a special bond with this land. Maybe also because it was my first sub-Saharan country in Africa…